The LG PRE is the body that issues the Equine Identification Documents (EID) for all the PRE Horses in the world. In this regard, ANCCE has a sophisticated Internet-based communication and information tool that maintains all administrative staff in direct contact, both within Spain and abroad. The main offices of the LG PRE (Stud Book) are located in the city of Seville (Spain). Likewise, the said Stud Book office counts on the collaboration of veterinarians who represent the LG PRE in Spain (National Representatives) and Collaborating International Associations (International Representatives). Since ANCCE took over the management of the PRE Stud Book in 2007, a task entrusted by the government of Spain as the maximum representative of the breed, the indexes for quality, efficiency and dependability have increased. This has, in turn, earned the organization international recognition and it is currently considered as a role model for other equine breeds, especially in Europe.

According to Royal Decree 2129/2008, dated the 26th of December, which establishes the National Program for the Preservation and Improvement of Animal Breeds, a Stud Book is considered any book, file, register or computer system handled by an officially recognized breeder association or an official service, where animals of a specific breed are registered, with specific mention of their predecessors. A Stud Book constitutes the essential tool for the development of Breeding Program. 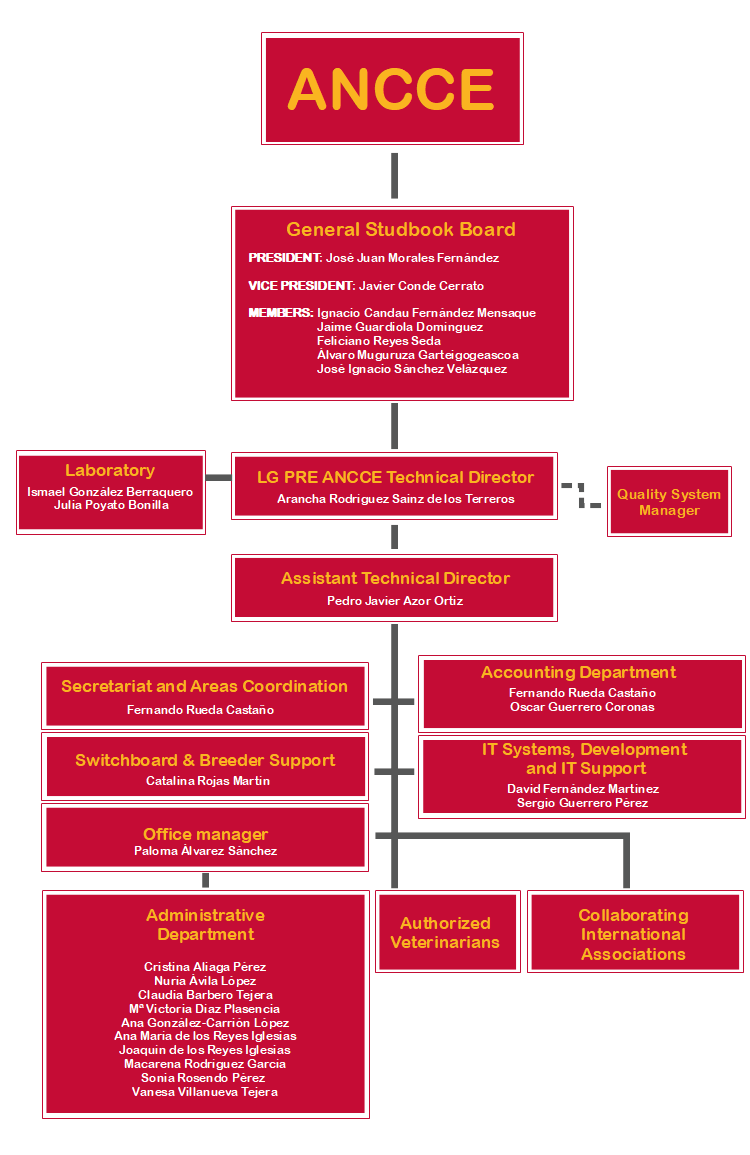